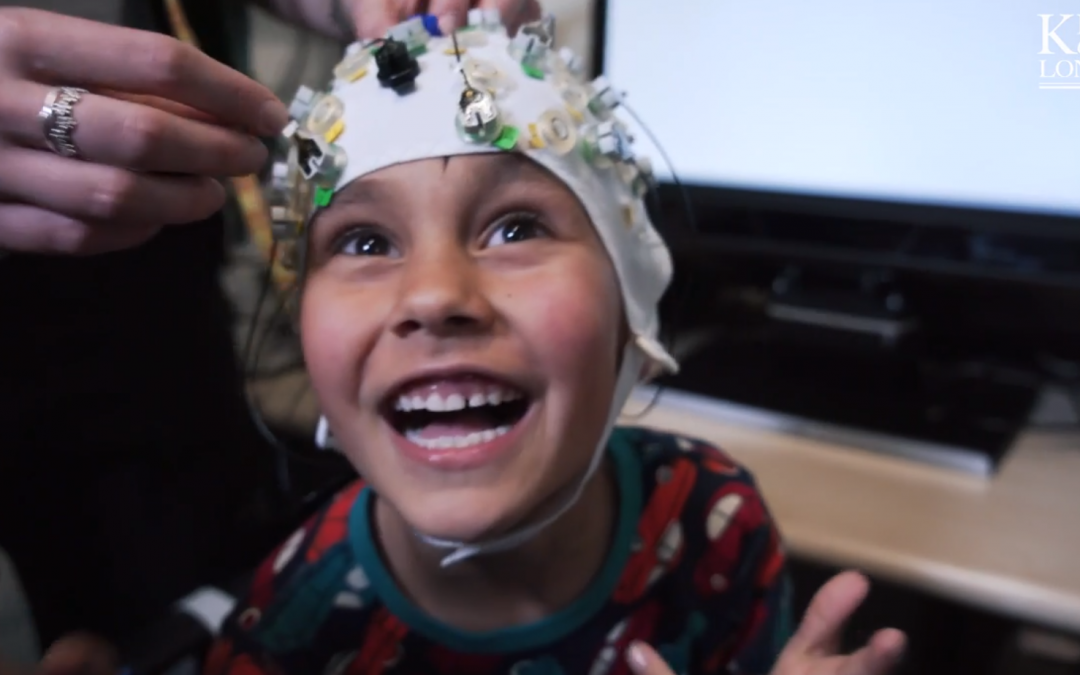 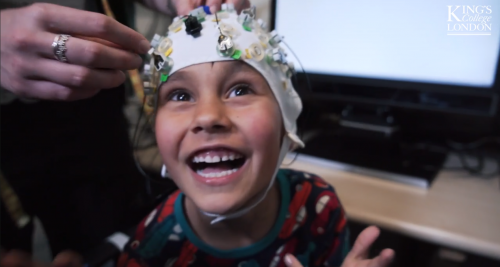 Much remains unknown about the biology and genetics of autism, although researchers have shown that it is heritable and there are many genes linked to its development. One unique approach to discovering more is to study rare genetic conditions that often co-occur with autism. For example, a recent AIMS-2-TRIALS project is the first in Europe to extensively describe the observable traits (a process known as deep phenotyping) of two rare autism-related genetic conditions that involve  disruption to signalling at the brain’s synapses (the junctions between brain cells). These synaptic gene conditions, or ‘synaptopathies’, are Phelan McDermid Syndrome (PMS) and NRXN1 deletions (NRXN1ds). ‘Deletions’ are changes (mutations) in DNA that lead to a loss of genetic material. Although synaptopathies like PMS and NRXN1ds are rare, they account for around 0.5 – 2% of autistic people.

By studying people with synaptopathies, scientists gain greater insight into the underlying brain biology and development of autism in general. Ultimately, this could help improve the lives of autistic people by enabling the advancement of individualised treatment and support strategies, tailored to those with specific biological mechanisms. Much more research will be required, however, before these options can be explored.

About the Synaptic Gene Study

The Synaptic Gene Study (SynaG) investigates rare synaptic gene conditions (synaptopathies) linked to autism. Phelan McDermid Syndrome (PMS) is often characterised by disruption to the SHANK3 gene, involved in the establishment of signalling across the brain’s synapses. People with PMS have moderate to profound intellectual disabilities and are usually non- or minimally verbal. According to recent studies, around 70% of people with PMS also receive a diagnosis of autism. NRXN1 deletions (NRXN1ds) share similarities with PMS, including changes to signalling between synapses but are the result of disruption to different underlying mechanisms associated with the NRXN1 gene. The presence of intellectual disabilities is more variable and typically less severe in NRXN1ds compared with PMS. Approximately 43-70% of people with NRXN1ds will receive a diagnosis of autism.

Very little is known about how the underpinning biology of PMS and NRXN1ds translates to developmental outcomes in humans, or how these outcomes may differ from autistic development that is not related to a known genetic condition. SynaG uses a unique approach to autism research called a ‘gene-first strategy’, in which researchers recruit people to the study based on their genetics, and then explore their autistic characteristics and broader behavioural and family background. Usually, autistic participants join a study and then their genetics are studied. The team collaborates closely with other organisations in the field, both in the UK and internationally, to expand their pool of participants and improve representation in their study.

How the team adapted their study

With the help of designer Oliver Smart and his creative team,  SynaG researchers pioneered the design of a sensory scanning tent, which is now used as the basis for other research programmes including PIP (The Preschool Brain Imaging and Behaviour Project; an AIMS-2-TRIALS project you can see in the video below). The big tent surrounds the scanner and has felt ‘space friends’ (images that include the moon, sun, planets, etc.) that the child can stick on themselves. This helps participants to feel more comfortable in the scanner environment and brings some fun to otherwise routine clinical procedures. The researchers also work with parents to tailor the study experience for each family. For instance, support measures include providing advance visits for practice in a mock scanner, accommodation of transitional objects (something that provides emotional security, such as a favourite soft toy), availability of melatonin (a natural hormone to help with sleep) or permitting the children to use a tablet computer or sound machine in the preparation room before coming to the scanner. The team also provide families with scanner sounds and earplugs so that children can practice at home.

Secondly, the scientists had to modify the study during the COVID-19 pandemic. The team at King’s College London revolutionised their approach: they now interview parents over the phone, have online consent forms , and travel to participants’ homes to collect samples and carry out an autism diagnostic assessment called the ADOS (Autism Diagnostic Observation Schedule) and other play-based assessments. This breaks the study into smaller steps and reduces the need for a long clinic-based appointment, which lowers face-to-face contact time and makes it easier for families to take part around their busy schedules.­­­­­­­­­­­­

How the study may benefit autistic people

In addition to characterising these conditions, the researchers are exploring ways of characterising ‘individual developmental trajectories’ – i.e. they are looking at how individual people develop over time, rather than just making comparisons between groups of people.

One process used is called ‘normative modelling’: the authors access data from a large number of autistic people and plot an average at each developmental stage (ie. as age increases), which creates a curve. It looks much like a doctor’s growth chart for children where height is plotted against age to give an indication of how tall a child is likely to be at a given age. It enables scientists to compare the development of people with PMS and NRXN1ds against the average development curve for autistic people without a known genetic condition. Using these charts, it may eventually be possible to predict development and assess where an individual child sits in relation to the average autistic child at that age. Such knowledge could inform interventions and form a basis for more targeted support where necessary and desired.

The authors emphasise that for many people with synaptic gene conditions, struggles with daily life are not always related to autism but can be related to intellectual disabilities or specific features of their condition, for example slower mental processing in intellectual disabilities or hypotonia (muscle weakness) in PMS. There needs to be greater support and training for practitioners to recognise the unique behaviour profiles of children with rare genetic conditions and this is yet another reason why studies like SynaG are so important. Improving the quality of assessment and diagnosis in rare conditions enhances our understanding of autism more broadly and helps professionals to identify more specific areas of increased support need. This could dramatically improve quality of life for those with rare conditions and their families, as well as being used to identify individual areas of relative strength in daily living that can be promoted and used to inform future strategies.

The researchers believe there is mounting evidence to suggest that synaptic gene conditions represent a unique experience of autism that is dissociable from autism without the presence of a known genetic condition. For this reason, it may be possible to uncover links between genetic mechanisms and developmental outcomes in autism by continuing to study individuals whose genetic profiles are known. This research is not only relevant to the autistic community but anyone who is interested in how our genetics shape human development.

SynaG is taking steps towards better understanding rare synaptic gene conditions (synaptopathies), which despite representing a large portion of the autistic population, have been largely under-served by research. A large amount of existing autism research has focussed on early years development, so the SynaG team are already thinking of ways to investigate more long-term developmental outcomes in both PMS and NRXN1ds, to explore what happens to children with synaptic gene conditions as they get older.