Karolinska Institutet (KI) is one of the world’s highest ranked medical universities and accounts for over 40 percent of the medical academic research conducted in Sweden and offers the country’s broadest range of education in medicine and health sciences. The Centre for Neurodevelopmental disorders at Karolinska Institutet (KIND) is a centre for research, education, and development of clinical services and structures in neurodevelopmental disorders, established by the Stockholm County Council and KI. The Centre for Psychiatry Research at KI (KI PET) conducts molecular imaging in major psychiatric, neurological and neurodevelopmental disorders, from development of new radioligands and imaging analysis methods, to applied research in patients.

KIND will be involved in the study on brain activity and behaviours in pre-school children, the Preschool Brain Imaging and Behaviour Project (PIP). PIP is a longitudinal study children with autism from age 3-6 years. KI PET will be involved in validating biomarkers bu studying development in adults, adolescents and children. 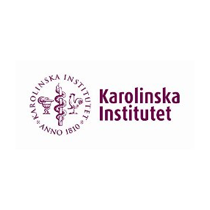