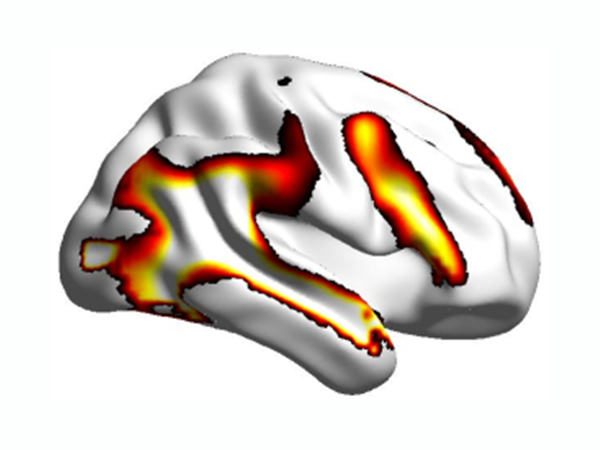 Social video clips lead to the activation to a set of brain regions that is commonly referred to the “social brain” circuitry. This activation did not differ between participants with and without autism.

An article in Molecular Autism by AIMS-2-TRIALS researchers reports that – contrary to predictions made by previous research – in an analysis of one of the largest data sets of its kind, no group differences were found in the brain activity of autistic and non-autistic people while processing social information. The researchers aimed to scientifically test suggestions from existing studies that autistic people have reduced brain responses to social information. A type of brain imaging called fMRI (functional magnetic resonance imaging) was used across 6 European sites to compare brain activity between autistic and non-autistic people while they watched social video clips. The fact that no group differences were found could be partially due to differences in experimental methods between this and previous studies. The researchers also point to the importance of using large data sets, as they did, to ensure that the many differences found between autistic people – what’s referred to as the heterogeneity of autism – can be taken into account.