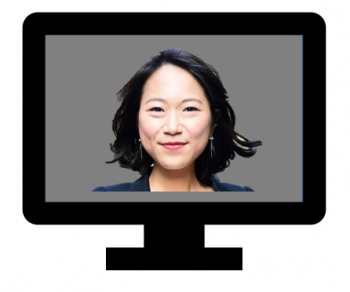 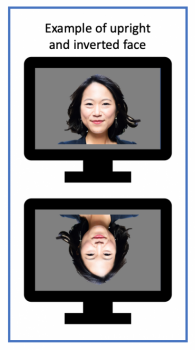 AIMS-2-TRIALS researchers have been exploring how people process faces, both in autistic and non-autistic individuals. Previous research has shown that most people find it trickier to recognise upside down (inverted) faces compared to upright faces (see image on the left). Scientists think this is due to people having more experience looking at upright faces compared to inverted faces. However, some autistic people show similar performance in recognising both upright and inverted faces. One possible reason is there may be differences in how some autistic people view faces, for instance focusing on isolated features of faces, rather than processing the entire face at once.

In previous studies, the brain activity patterns were measured with an EEG (electroencephalogram), using small discs that are placed on a person’s head. There is a specific brainwave pattern that appears around 170 milliseconds after someone is shown a face (the so-called ‘N170’ response). Research shows that non-autistic people on average display stronger brain activation while watching inverted faces compared to upright faces. However, these studies only focus on a short time window and in a small region of the brain.

AIMS-2-TRIALS researchers at Birkbeck, University of London – as part of a large-scale collaboration in the Longitudinal European Autism Project (LEAP) – have used a new statistical analysis technique that clusters EEG recordings to show brain ‘microstates’. A microstate is a combination of specific brain regions that are active at the same time. This enables researchers to compare the location and strength of brain activity across the whole brain.

Microstates can be active for a few hundred milliseconds before they change into another microstate. The researchers compared brain activity and microstates in around 400 autistic and non-autistic people (between 6–31 years of age) while the participants looked at upright and inverted faces.

Participants were shown a neutral image (a ‘fixation cross’) to ensure their eyes were focused on the centre of the screen, and then they were shown a picture of a face (either upright or inverted). The researchers used a range of faces across different ethnic backgrounds. An EEG recorded their brain wave patterns after the appearance of the faces, and these patterns were analysed to find related microstates. 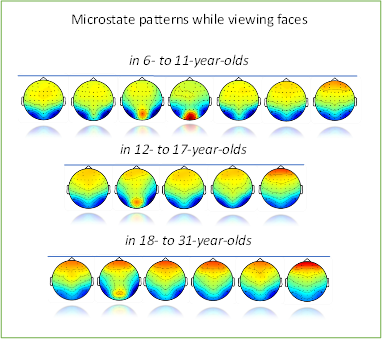 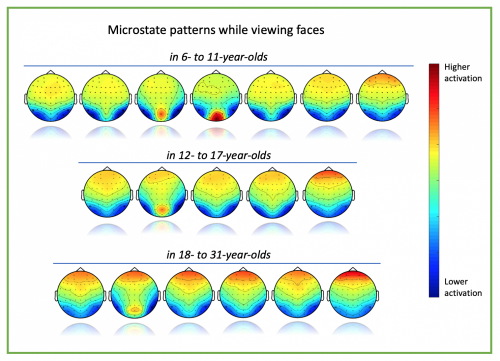 Figure 2: Microstate maps across the different age groups, combining both autistic and non-autistic participants. The varying colours show the different strengths of the brain activation signal (blue is lower activation and red is higher activation). If there are different strengths at the same region, the image shows the same microstate map but with different colours (strengths). However, if there are differences in brain regions it shows different microstate maps. The figure shows all the microstates that have been identified, but some occur only in the autistic group, whilst others occur only in the non-autistic group.

The study highlights the importance of broadening research into brain activation patterns across the whole brain and at various time samples. Researchers also need to take into account that the brain patterns they find in adults may not necessarily be the same as those that occur in children and adolescents: i.e. they can differ across the developmental stages.

The next steps would be to investigate the microstate maps of infants, since the current data only included children with a diagnosis of autism from 6 years old and upwards.

It would also be interesting to extend research into brain microstates across different tasks, for example instead of face processing, participants could sample audio, video, or other cues. It may be that these differences in microstates are not just unique to this task, but might also apply to visual and auditory processing.

It is important to acknowledge that this line of research into microstates is at a very early stage, and so far there are no indications of a particular biomarker being available. However, if future studies did identify potential biomarkers, these could perhaps be used in conjunction with other biomarkers (e.g. the N170 EEG signal) to help identify subgroups of autistic people who may wish to benefit from tailored support.