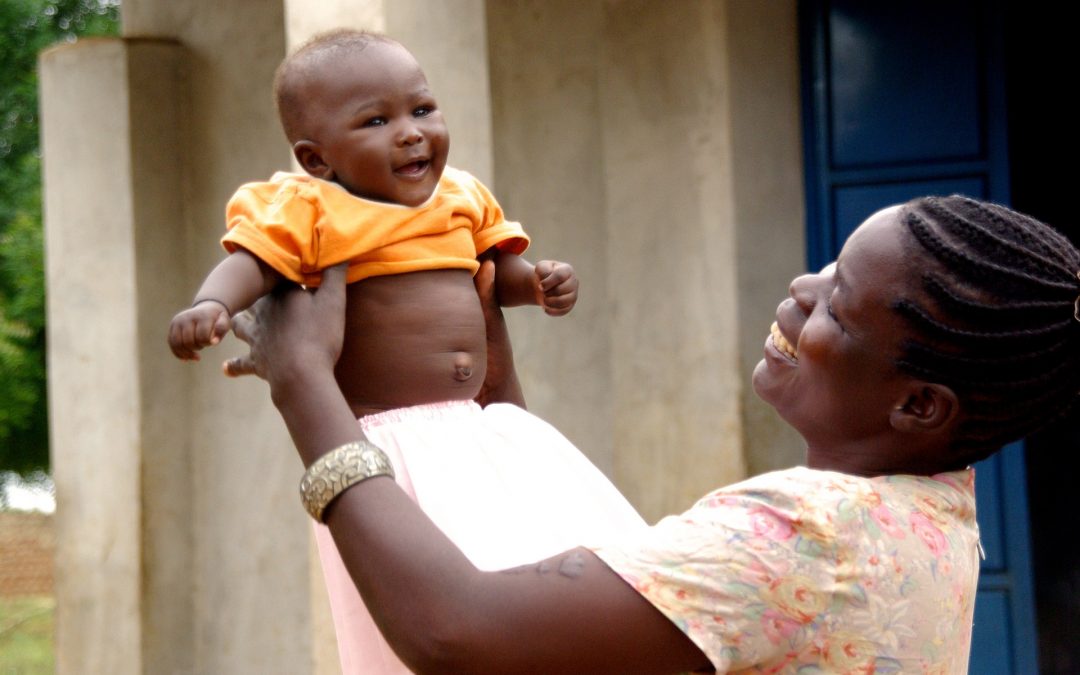 Research studies across the lifespan

The Longitudinal European Autism Project (LEAP): Recruitment has now reached more than 200 people across sites in the UK, Netherlands, and Germany – including those returning to the LEAP study for the third time (some of whom are also taking part in our new wearables substudy to develop wearable technology with involvement from autistic people), and also those who have visited for the first time ever in the new LEAP epilepsy study in London. The team is looking forward to inviting more LEAP 3 families back to visit in 2023, and hearing from autistic people with co-occurring epilepsy who may be interested in taking part in research.

The Preschool Brain Imaging and Behaviour Project (PIP): The PIP teams in the UK, Netherlands, Sweden, Belgium and France have now seen well over half of the preschoolers and families planned to be recruited to the study, and are excited to continue working with families in 2023. The PIP team are currently recruiting children between 2 ½ and 4 ½ years old (with or without an autism diagnosis), children between 4 and 5 ½ years old with ADHD, and children between 3 and 4 ½ years old with developmental delay. In PIP, they aim to track the development of a large cohort of preschoolers over the course of 3 years.

The Brain Imaging in Babies Study (BIBS) and PHENOCADES study (looking at the cascading effects of phenotype): This study is looking to understand brain activity and behaviours in early life. The team are still keen to hear from those who are currently pregnant or have recently given birth and have a diagnosis of autism, a partner or child with a diagnosis of autism, and/ or who have tested positive for COVID-19 during their pregnancy. They hope that this research will help us to better understand early brain development in all individuals, and especially those with a family history of autism.

South African Safe Passage Study-AIMS (SPS-AIMS): This study seeks to understand the influence of our early environment. The team based in Cape Town, South Africa have now welcomed well over 800 participants to the study. This research builds on a previous study (South African Safe Passage Study) of children followed up from before birth to the end of their first year of life to establish social/ environmental factors associated with stillbirth and sudden infant death syndrome (SIDS). In AIMS-2-TRIALS we continue to follow the same children up to late childhood to identify social/ environmental factors associated with individual differences in social, emotional, and cognitive outcomes.

Synaptic Gene Study (SynaG): This project has been exploring the brain biology of people with rare genetic conditions related to autism. At King’s College London and Trinity College Dublin, the team continue to invite young people and adults with Phelan McDermid Syndrome and NRXN1 deletions to take part in research on rare synaptic conditions associated with autism. 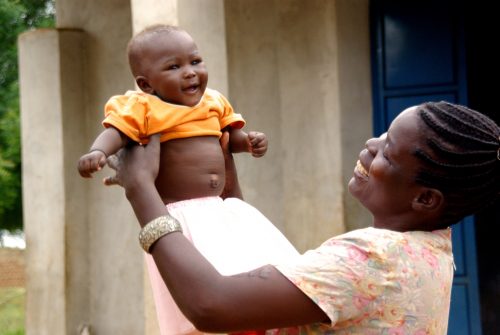 In Gráinne McAlonan’s team, we published a few studies on the brain chemistry of neurodiversity. For example, our colleagues Andreia and Qiyun published an article that suggests that sensory processing differences between autistic and neurotypical people might be related to the function of the brain chemical GABA (Huang et al. 2022). This work is important because over 90% of people with autism have experienced sensory problems, and a better understanding of these may provide personalised and effective ways to assess new therapeutic options for those who want them. You can read more about this study on the Maudsley Biomedical Research Centre page and on Neuroscience News.

In Tony Charman’s team we worked with our A-Rep colleagues to develop policies and procedures for accessing, storing, and sharing AIMS-2-TRIALS data. We recognise that data sharing is an important part of scientific research but presents with complex issues, so we worked on a paper which reflects on approaches to global autism data sharing, co-authored by autism researchers and autistic collaborators. In this paper, we discuss the main benefits and challenges of data sharing in autism research and argue that the diverse perspectives of autistic people must be at the centre of all discussions around its ethical and technological aspects. This paper will be published early 2023.

We are also working on a project about rare genetic conditions and autism, which includes participants at multiple centres across Europe. The study is currently under consultation and will be launched in early 2023.

We also continued to work on developing the Early Career Researcher Autism Network (ECRAN), an international professional developmental network that supports early career researchers, clinicians, industry, and members of the autism community in autism research. Over the past year we organised a number of workshops (e.g. statistics and peer mentoring), planned other workshops for the next year (including a participatory research workshop) and planned the launch of a Trials Mentoring Programme to train the next generation of future leaders in autism trials.

Arbaclofen clinical trials: During the past year, we have been completing our first clinical trials to deliver treatments to support autistic people. The first of the clinical trials is testing an experimental medication called Arbaclofen, which previous research studies have found to improve social function in some autistic individuals. All seven centres involved in the clinical trial of Arbaclofen have finished recruitment on time with an impressive 124 participants enrolled over the past three years. Though the teams do not know yet which participants have taken Arbaclofen and which have taken placebo, all of the reported side effects have been mild. The trials are expected to finish by the end of January 2023. The initial results of the trials are expected to be ready for Spring 2023.

Building Better Clinical Trials: We have also been working with the Autism Representatives (A-Reps) to help identify ways of co-creating meaningful clinical trials. Together with researchers, the group has discussed forming a better understanding of different concerns that the autism community has concerning clinical trial drug testing. 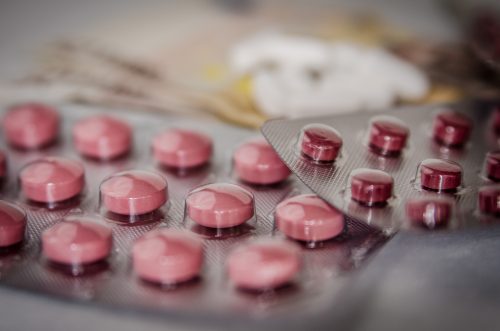 Structural and Functional Brain Differences in the Fusiform Gyrus: This project explored how different brain structure and functions are related to behaviours that we typically see in autistic people. When looking at data about the structure of the brain and the function of the brain, the team found patterns that were different between autistic and non-autistic people. The patterns related to the functional organisation of a specific area of the brain called the right fusiform gyrus.

Exploring Differences in Brain Connectivity: This project sought to understand how different connections in the brain function for autistic people. The project combined information from functional magnetic resonance imaging data (fMRI) taken while participants were doing nothing and while they engaged in five different tasks. They found that autistic people’s brains had a greater variation in the way the brain re-organised its connections to engage with these five tasks. The project also found a relationship between the average way in which autistic people engaged with the tasks and behavioural measures related to autism. The team concluded that at the level of the brain, autistic individuals engage with tasks in a globally different way, but that nevertheless shows similarity across tasks and is related to behaviour.

Autism is associated with inter-individual variations of grey and white matter morphology: This study used two different types of brain imaging through magnetic resonance imaging (MRI). These two types of data looked at grey matter and white matter volume within the brain. The team was exploring what types of informative brain patterns may be present specifically in autistic people. They found a brain pattern significantly related to autism that was primarily associated with altered grey matter volume, and it co-occurred with altered white matter features in brain areas. These brain areas have been linked to both social and non-social traits in autistic individuals.

The Link Between Autism and Sex-Related Neuroanatomy: Autism is much more common in males than in females. In a recently published manuscript, we examined whether biological sex is related to autism. To do so, the team used a new machine learning method that trained a computer to predict the biological sex of participants based on their brain structure. Across two large datasets they showed that both autistic males’ and females’ brain structure are on average more similar to non-autistic males’ brain structure. These results are important because they show that biological factors related to sex differences in the brain are associated with the neurobiology of autism.

Patterns in brain network connections in autistic people: In a multi-centre study, the team looked at differences in how brain networks are connected to each other, in the brains of autistic people and non-autistic people. This project used one of the  largest datasets available for this work. The team identified many complex patterns of brain differences. Some of these included increased and decreased connectivity in autistic individuals that were also related to autistic features. Weaker connectivity mainly occurred in brain networks related to sensory processing and attention, whereas stronger connectivity was mainly found in systems linked to introspection and social cognition. 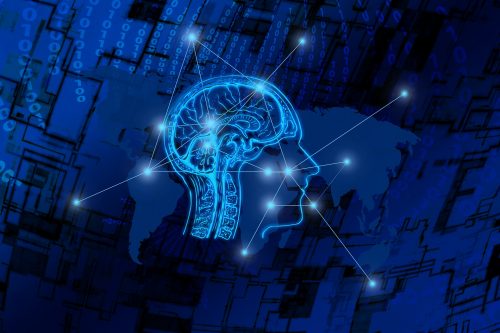 Evaluation of data imputation strategies in complex, deeply-phenotyped data sets: Large datasets like LEAP (The Longitudinal European Autism Project) that have a variety of cognitive and clinical data are extremely important resources for research. However, it is common that even in these large data sets not every individual participant can fully contribute to all of the different types of data. This means there may be times that some data are missing. When it comes to analysing data, often these individuals have to be excluded from analyses. To prevent such unnecessary exclusion of individuals, it is possible to use complex statistics methods to calculate the missing values based on the information from all other available data. In this project the team evaluated a range of different data imputation methods to replace these missing values in the most sophisticated way and provide a final output of all clinical and cognitive data of the LEAP cohort which contains the original and imputed measures.

You can read more about AIMS-2-TRIALS research and the work of our members in our peer reviewed articles which are listed on our publications page.