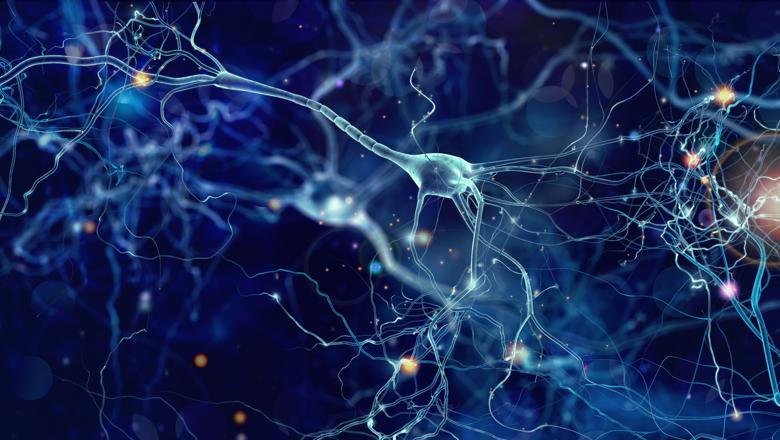 Research led by King’s College London has provided insight into why exposure to inflammation caused by a viral infection during pregnancy may increase the likelihood of altered brain development later on in childhood.

Published in the journal Science Advances, the study investigated the role of the immune system very early in brain development and results suggest that immune signals are not only involved in inflammation but are also important for the development of brain cells.

During a viral infection, inflammatory cytokines are produced as part of the immune response and it is these proteins that produce symptoms such as fever, headache etc. The research focussed on the impact of one of these cytokines – interferon gamma – on neural progenitor cells (NPCs), which are the cells present in the developing brain that eventually become the adult brain cells or neurons. In the study the NPCs had been generated from human stem cells (hiPSCs) generated from hair cells of three healthy males.

Importantly, the researchers demonstrated that the cellular memory of the effect of interferon gamma remains intact as NPCs mature into brain cells, producing a series of molecular and genetic changes which overlap with those thought to be important in developmental conditions of the brain such as autism or schizophrenia.

The researchers stress that the study examined just one component of the immune response and, as such, the research is not replicating the complexity of what happens during a viral infection.

Previous research has shown that mothers who experienced a serious viral infection during their pregnancy have an increased likelihood of giving birth to babies who later in life develop autism or schizophrenia.

By identifying the mechanisms behind this relationship, the study aimed to better understand these changes initiated so early in life. As increasing evidence indicates that differences in early brain development are associated with schizophrenia and autism, this study may shed light into how viral infections could influence how the brain develops at this key stage and potentially help management to optimise later outcomes.

The research found that exposing NPCs to interferon gamma resulted in changes in the form of the neurons originating from these NPCS that are similar to the differences seen in the neurons of people with neurodevelopmental conditions, such as autism or schizophrenia. One change that was particularly noteworthy was observed in the projections produced by neurons (known as neuron outgrowth) which is part of the process whereby nerve cells form connections.

Our study showed that not only did the stem cells themselves carry this memory of an aspect of maternal infection, but the neurons that they subsequently generated also retained that memory.– Professor Jack Price, joint senior author on the study, Institute of Psychiatry, Psychology & Neuroscience (IoPPN), King’s College London

He continued, ‘In other words, later on in brain development, neurons remembered that the stem cells from which they were derived had changed as a result of a viral response. We believe this is important as it tells us that the brain itself remembers the consequences of viral infection during pregnancy rather than the memory residing in, say, the immune system alone.’

In order to explore what mediates these changes in neurons associated with interferon gamma, the researchers examined the possible genetic mechanisms at work and observed that many of the genes that responded to the cytokine in the study are also those found to be associated with autism and schizophrenia. In addition, these genes are very similar to the ones that show different patterns of expression in the brains of those with autism or schizophrenia, compared to people without these conditions. As such it would appear that the genetic mechanisms that play a role in the creation of a cellular memory of maternal viral infection are similar to those involved in the development of differences within the brain that occur later in life and are linked to autism and schizophrenia.

Our study has identified a possible way in which this cellular memory of one component of a maternal viral infection is embedded at a molecular and genetic level in the developing brain.– Dr Deepak Srivastava, joint senior author, IoPPN, King’s College London

He added, ‘The mechanism that we identified involves the major histocompatabilty class I (MHCI) proteins, which play a role in the development of our brain architecture and also mediate how cells react during immune responses. This MHCI genetic mechanism also appears to be involved in the development of the differences we see in the brains of people with autism and schizophrenia, although it is not known how significant these changes are.’

This study tells us that the immune system does a lot more than we think from a lot earlier in life than we may realise. It influences how neurons develop. This may explain why infection in pregnancy has been linked to an increased likelihood of conditions with altered neuron development, such as autism and schizophrenia.– Professor Grainne McAlonan, contributing author from IoPPN, King’s College London

She continued, ‘We have always known that genes and the environment can predispose to these conditions and now we know that they can influence neurons in a similar way.

‘However, we must remember that this study looked at only one part of the immune response in a laboratory experiment. In real life, the immune system is much more complex, with lots of checks and balances. Infection in pregnancy is common and does not have major consequences for the majority of people. Going forward it will be important to understand why a common event like exposure to infection in pregnancy may have more impact on some people but not others.’