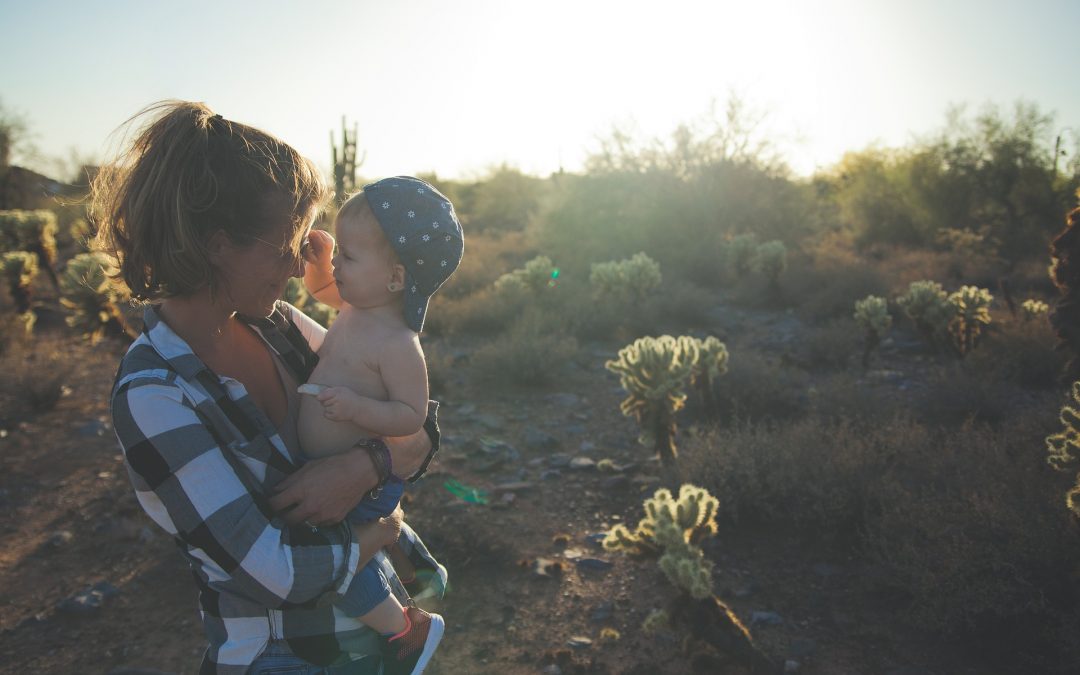 Genetic instructions in our DNA are able to build a human from scratch and no two human beings are perfectly identical; we differ in our height, eye color, how we look, think, feel and act. Scientists know that differences in our DNA code explain some of these variations. In fact, two individuals differ from each other at every 1,200-1,500 DNA ‘bases’ (the letters that constitute the DNA code). These genetic differences are called ‘common variants’ because it is relatively common to find a different letter at these specific locations of the DNA. Research has shown that some of these common genetic variants might increase the chance of showing autism traits. While carrying only a few of these variants does not really impact the likelihood of autism, a larger number of them might increase that chance. To study this, researchers calculate what they call a ‘polygenic score’, which reflects the number of common variants, to express the genetic likelihood of having a neurodevelopmental condition.

In this study, AIMS-2-TRIALS researchers collected saliva or cheek swabs to obtain DNA from infants, including those both with and without a sibling or a parent with autism or attention deficit and hyperactivity disorder (ADHD). Researchers were interested in whether the way the infants looked at faces was associated with increased genetic likelihood for these two conditions.

Researchers used the DNA variants known to have a role in autism and ADHD to calculate ‘polygenic scores’. They then checked whether those scores were related to how the infants looked at faces during a ‘face pop-out’ task. In this task, infants were presented with slides each containing five images: a car, a phone, a bird, a face and so-called “noise” image. The noise image was obtained by scrambling pixels of the face image to have a ‘control’ stimulus that presented the same colours and shape of the face but did not present the typical configuration of a face. Figure 1 shows an example of the face pop-out slide. Using non-invasive eye-tracking technology to record where the spatial coordinates of the infants’ eyes moved, the researchers were able to track the position of the infants’ gaze on the screen and measure the duration that infants looked at the faces, and at each of the other images on each slide. 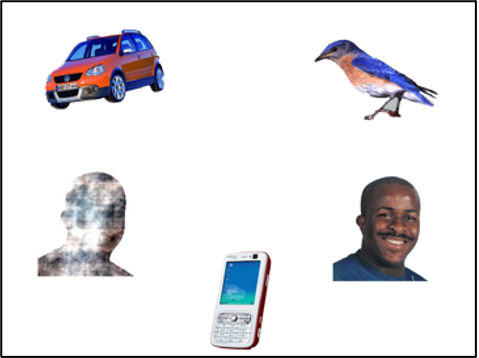 The researchers found that, on average, at 14 months of age, infants with a high number of genetic variants associated with ADHD showed more difficulties in shifting their gaze away from the face image than those without. This suggests that common differences in DNA influence how infants direct their attention before the second year of life. This ‘looking behaviour’ is also associated with increased symptoms of ADHD at school-age in children who had an autistic older sibling.

The findings of this research suggest that there is a (small but significant) genetic component that is linked to how we start to direct our attention to social stimuli early in life. This study is particularly relevant for understanding the reasons for the co-occurrence between autism and ADHD. The findings indicate that difficulties in disengaging the gaze could be used an early indicator of a genetic predisposition to later ADHD traits in younger siblings of autistic children.

This should encourage researchers and clinicians to work together to develop early interventions for infants at elevated likelihood of autism who may benefit from support with attention. In the long term, validated non-invasive eye-tracking tasks might be included in early screening for infants with a family history of autism, helping families to obtain early support and careful follow-up for possible attention difficulties in the child.