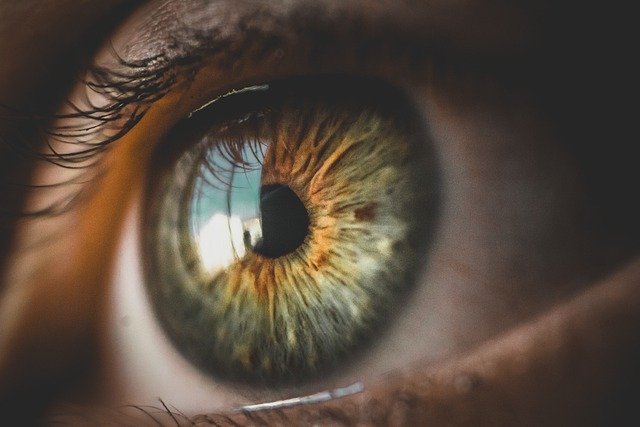 Autistic people have quicker and shorter eye movements and a narrower area of focus than non-autistic people, according to a new study by AIMS-2-TRIALS partners from Goethe University in Frankfurt.

Previous research has shown that autistic people tend to look less at social aspects of their environment, such as human faces and biological movement, than people who are not autistic. It has been proposed that differences in this ‘visual exploration’ may occur because autistic people are less motivated by social information. However, evidence to support this theory of social motivation is inconsistent.

AIMS-2-TRIALS researchers proposed that differences in visual exploration might be influenced by mechanisms controlling eye movement, rather than solely by how motivated people are to pay attention to certain aspects of their visual environment. The team compared eye motor mechanisms, which drive visual exploration, of 147 autistic people and 147 people who were not autistic, matched on age and sex, and between 6-30 years old.

Participants watched a total of 9 video clips of both social and non-social scenes while their eye movements were recorded. The video scenes included crowds of people walking through streets, silent cartoons, and footage of landscapes. Three key mechanisms underlying eye motor functioning were studied using eye-scanning technology: saccades, fixations and pupil dilation. A saccade is the movement of the eye from one fixed point to another. Fixations are a measure of how often the eye focuses on a single aspect of a visual scene, and pupil dilation describes how wide the pupils change in response to what they are looking at.

Results showed that autistic people’s eyes tended to make quicker and shorter saccades when watching the video clips. This meant that the eyes would move within a narrower, more clustered area of focus, which was true whether the video included social content or not. There were no differences found in the eye fixations or pupil dilation of the two groups. The findings suggest that differences in visual exploration may be driven at least in part by the mechanisms that underlie eye movement, rather than purely by a difference in motivation to pay attention to social elements of a visual scene.

The team hopes that research in this area will progress by looking further into the subcortical brain networks involved in eye motor mechanism function, in order to learn more about why attention differences exist.

This research has also been covered by Spectrum News.